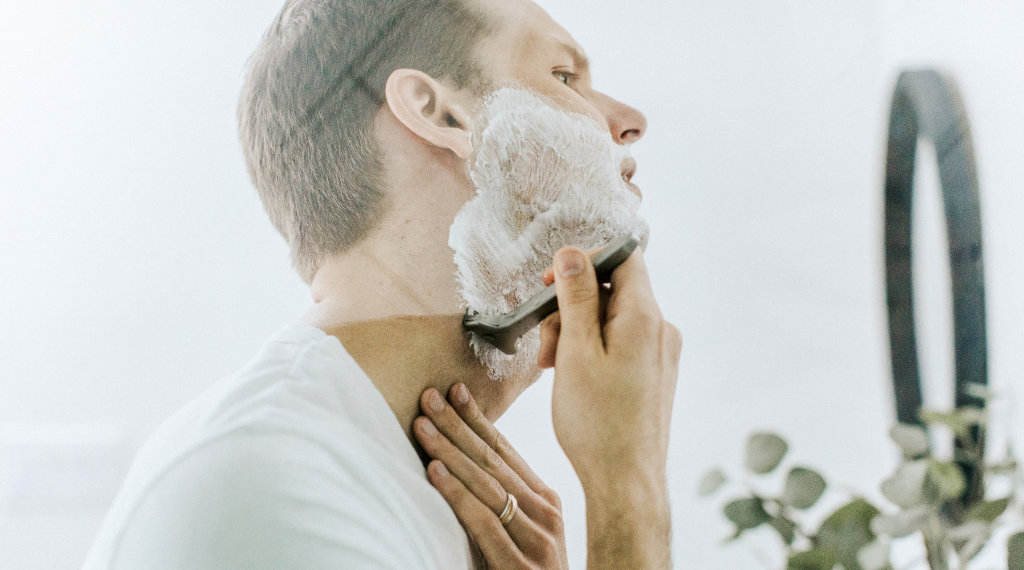 The jury’s out over the sincerity and success of Gillette’s #MeToo ad, which has caused so much controversy in the last week. ‘The best an ad can get?’ asked the Financial Times.

Some viewed it as an attack on men. Many threw away their Mach 3s in disgust. One man tweeted a picture of his Gillette in the toilet to the ensuing derision of social media. One response read:

‘You’re either about to flush your razor down your toilet and break your plumbing or you’re going to put your hand in the toilet water … Which is it, bro?’

The ad’s opening lines – ‘Bullying … the #MeToo movement against sexual harassment … masculinity … is this the best a man can get? … is it?’ – read like a checklist or copywriting by committee.

The accompanying imagery in those opening 20 seconds is no less unsubtle with the shot of young boys bursting through the screen in splendid technicolor symbolism.

And then there’s the voiceover, that of the wise patriarch imparting hard-won wisdom.

Add to this the music to tug at the heart strings – it’s all too much.

The copy itself has merits.

It continues: ‘We can’t hide from it. It’s been going on for far too long. We can’t laugh it off, making the same old excuses: “Boys will be boys.” But something finally changed. And there will be no going back.’

As we hit a rich vein of sentiment, the writers go for artful but unforced cadences and rhetorical repetition.

Good lines, on their own, but too much piled together in the same sandwich.

And the ad seems rushed or overbusy somehow.

This is an ad that may have seemed like a great idea at the tissue meeting.

The end result is all rather cluttered.

What’s more, the overacting does not help.

My favourite moment – the black father with his daughter in the mirror leading her with the affirmation ‘I am strong’ – works far better. The closeness of the parent and child is evident here, though inferred rather than stated.

A good story works through what is not told. It works by implication. And the best ads make you forget they’re ads.

Take the scene at the barbecue

The ad then proclaims, ‘We believe in the best in men.’

(It’s interesting to note the popularity of that word ‘believe’ in modern copywriting. Worth a post in itself.)

A call for better role-modelling by men is led by one man who pulls the aggressive boy off his victim with the words ‘that’s not how we treat each other, okay?’

The voiceover states: ‘But some is not enough, because the boys watching today will be the men of tomorrow.’ The antithesis of ‘today/tomorrow’ works: our apathy and failure to act have long-term consequences.

This was perhaps a time, however, for the ad to let the viewer do some of the thinking.

A moment of silence and unspoken shame might have had greater resonance.

We accept that advertising has designs on us, but we like to draw some conclusions for ourselves. We do not like to be lectured to.

Furthermore, there’s always a danger of accusations of cynicism when brands cosy up to causes to show off their caring credentials. To appropriate a movement for publicity and profit is to take a risk.

For every ‘I’d like to teach the world to sing’ Coke ad, there’s a Kendall Jenner ‘Black lives matter’ Pepsi ad to stoke up fury online.

Nike caused and rode a storm with its Colin Kaepernick ad, sparking a boycott and boosting profits to the tune of $6 billion. Men not dissimilar to the ones at the Gillette barbecue queued up to burn their Nike trainers. They could not have done more to show how uncool they were and how cool and anti-establishment the Nike brand is.

Kaepernick tells us, ‘Don’t believe you have to be like anybody to be somebody. … Believe in something even if it means sacrificing everything.’

Gillette has its own battles to win

The company owned by Procter & Gamble is losing ground to the Dollar Shave Club and needs to raise its profile.

Even if its intentions were good, however, an ad needs more than worthiness.

It helps if there is some sort of link between the brand, its products/services and the cause.

Discussing issues of masculinity is not beyond the remit of a male grooming brand associated with ‘the best a man can get’. If it had been better executed, however – less cluttered, less obvious, less preachy – it might have been better received.