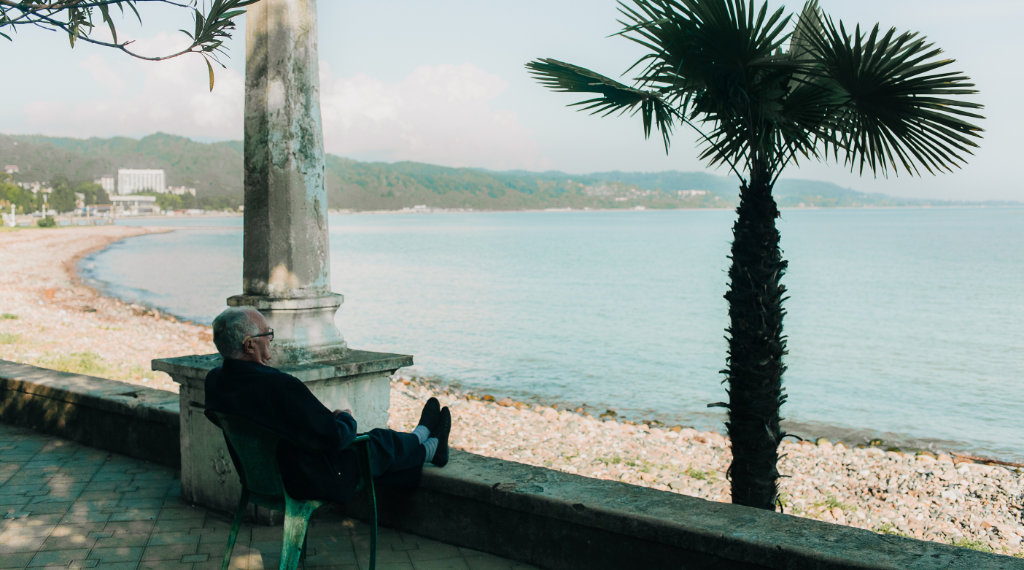 When was the last time you sat down and had a good think?

I mean without interruption. Away from screens and notifications and the like.

“Stop all the clocks, cut off the telephone

Prevent the dog from barking with a juicy bone

Hence the title of this piece: “Just thinking”

Completely immersed in your own thoughts as the world and its cares fade far from view.

I had an odd exchange on LinkedIn this week.

“We’re all staring at our screens when we should be staring into space.”

“You should also be reading a book page not just space!”

To which, I scratched my head. And, well, had a think.

“Or, read, then reflect. So often we forget to do the latter. Like turning on the tap and forgetting the plug.”

At which point, they complimented my “excellent simile” – I’ll take that – and moved on, such are the strange and evanescent rhythms of LinkedIn threads.

But then again, I didn’t move on. I’m obsessive about thinking. Not in the sense of angsty “does the world love me or my copy?” overthinking. More in the sense that we don’t do enough proper thinking.

We then became enslaved to their devices.

We’re all staring at our screens when we should be staring into space.

We’ve delegated thinking to the internet.

We actively avoid thinking, outsourcing it to others online.

We’ve developed a habit for snacky thinking in form of three-minute YouTube clips or quick explanations in blogs or BBC news summaries. The list goes on. We want the answers. We want them now.

As with junk food or ready meals, their ease, speed and convenience are irresistible.

We love the immediacy, but we haven’t counted the opportunity or cognitive costs.

Have we lost the inclination to think things through ourselves?

The recent Momo story suggests we have.

Put simply, when we hear something threatening in the distance, we follow the herd.

Worried about the threat of a Facebook user goading their children into unspeakable acts, parents panicked.

It all turned out to be a hoax, but thanks to the wonders of the internet and a human penchant for unthinking hysteria, the story gained some ground on social media. It was even discussed on BBC’s Newsnight.

This is not to blame parents. I saw the story on LinkedIn. My wife had seen it on Facebook. We didn’t have time to investigate the veracity of the story, but nevertheless, discussed – not for the first time – the subject of online safety with our nine-year-old son that evening.

Modern life has no time for thinking

Thinking time has been eroded by the general busyness of modern life. And technology fills up what little thinking time we do have. We take our screens everywhere we go.

There’s something pathological about our need to fill every spare minute – breakfast, the commute, our daily walks – with YouTube, social media, podcasts, films.

The sight of someone staring wistfully out of a train is an increasingly rare sight.

Sometimes it seems as if we are hooked up to the net every waking hour, like an intravenous drip. It’s just so easy.

One statistic I heard on a podcast this week was that 9/10 of Americans watch television whilst browsing the internet.

The more awake reader will note the irony and further wonder whether I checked the truth of this statistic. Ken Auletta used it in a conversation with Gary Vaynerchuk, so I’ll accept it for now, in the interest of ... time. 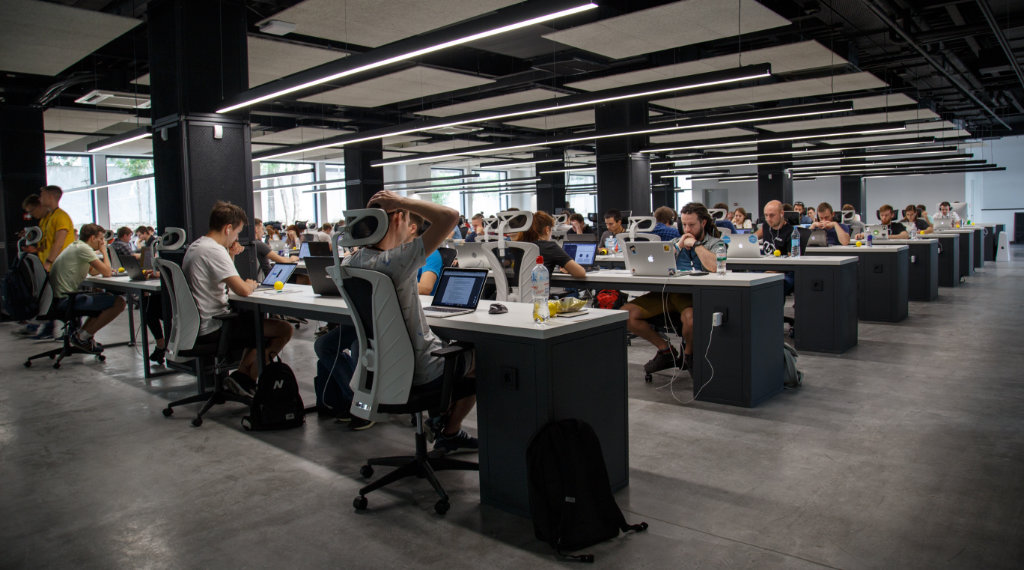 Surveys say we don’t like open plan. Detrimental to the “flow” state, they impede rather than promote productivity, which demands freedom from interruption and some sense of privacy.

Why persist with their existence?

When I worked in accountancy, the partners, those at the top of the food chain, preferred closed corner offices. Of course, they did. And who could blame them? They had a view and they could get some work done, away from the general mayhem of middle managers trying to get some sense and some work out of Gen-X trainees.

Time to stare into space.

Frankly, from a distance, it can look a little weird.

I have worked in-house with clients and you can become a little self-conscious as you turn away from your screen and pull a face, as if you’ve got some strange brain itch, which you have.

It looks like you’re not working when you are.

We have become self-conscious about moments of reverie. Such silences make us uncomfortable.

The dangers of not thinking are expressed in numerous common phrases.

“What were you thinking?”

“Let me think about it.”

“I can’t hear myself think.”

The nagging sense of hurry which hinders quiet reflection is perhaps nothing new.

“Even now one is ashamed of resting and prolonged reflection almost gives people a bad conscience.
One thinks with a watch in one’s hand even as one eats one’s lunch whilst reading the latest news of the stock market.”

Makes me think: are any of our problems especially new? Not really, they’ve simply been exacerbated by our overreliance on our screens.

Many of the great thinkers of the past were forced into bouts of contemplation.

What do all these texts have in common?

Walter Raleigh’s The History of the World

They were all written from behind bars.

Creativity is often born of captivity

Marquis de Sade, Dostoyevsky, Proust, Abbé Pierre, Nelson Mandela – just some of the names of writers/thinkers who were forced by illness or imprisonment to retreat from the everyday and have a long think.

And so incarceration and illness, and perhaps the need to work through adversity, lead to deep thought.

The rewards of thinking

We’re in such a hurry we forget the rewards of taking time out to have a long think.

Take Payal Kadakia, founder of fitness class booking website ClassPass. She was working for record label giant Warner Music Group in New York when a holiday in northern California gave her the thinking time which sparked a latent desire to go it alone and start her own company.

“I had gone to San Francisco and met a lot of entrepreneurs,” said Payal, 35. “I thought, 'What if I could come up with an idea?' So I gave myself two weeks." 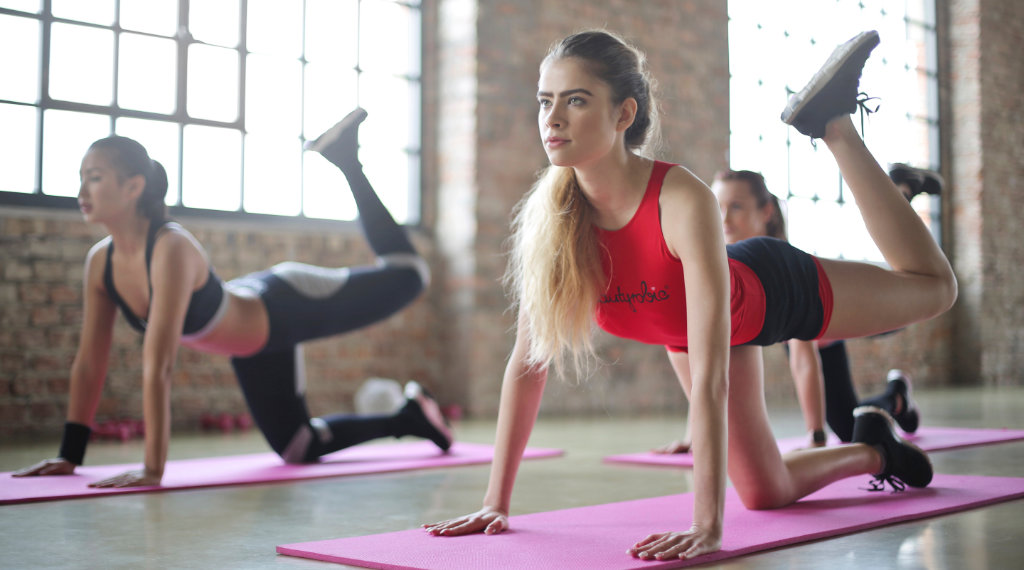 Ace investor Warren Buffet knew a thing or two about business. He once said that he spent 80% of his time simply thinking.

If we valued thinking, then we would ringfence time for it.

Factor thinking into your day. Does it ever appear on your to-do list?

Schedule it. Set yourself a specific task or target. Turn off distractions. Turn on the timer.

Give the Pomodoro technique a go. Read my blog on Productivity.

The key thing is sticking with one topic or one problem or one line of thought.

Enough to build some momentum and journey somewhere interesting.

“There is nothing to writing. All you do is sit down at a typewriter and bleed.”

Writing begins with thinking. You can’t write on a subject with any fluency or assurance until you have done the thinking.

My “Six Steps” for the writing process? 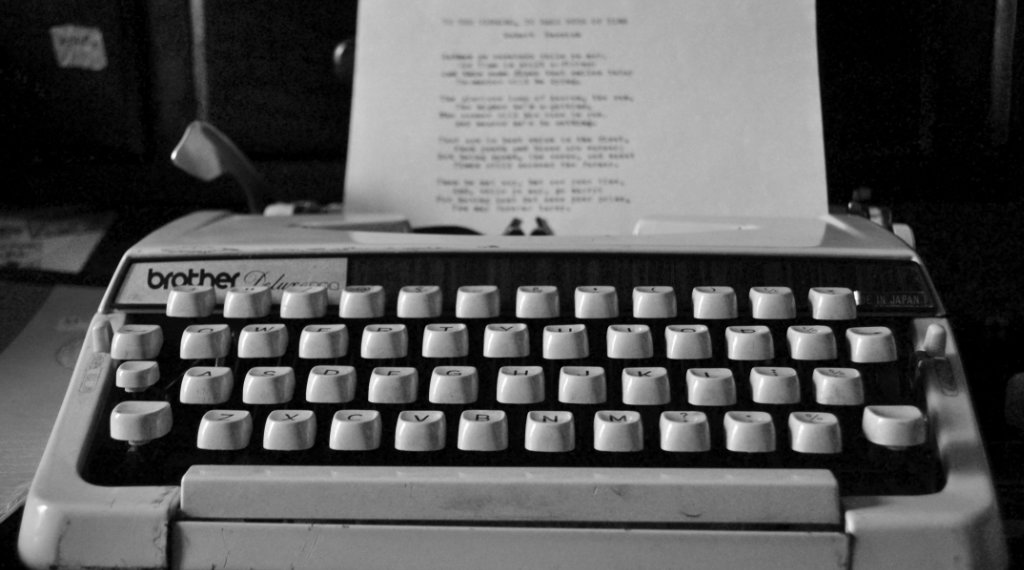 So what to do?

You might wish to solve a problem, generate ideas, reflect on the day, consider things done or not done.

For me as a copywriter it might be thinking about a blog or book I have recently read or how best to proceed with a current project. I might have to generate ten blog titles for a client.

I often take time out to reflect on which jobs to pitch for or which leads to chase up.

Give yourself a topic and stick with it

Keep scratching away. Get below the surface.

Be single-minded and unwavering.

“It’s not that I’m so smart, it’s just that I stay with problems longer.”

He was also someone who enjoyed time alone.

“I am a real lone wolf who has never wholeheartedly belonged to the State, to my country, my circle of friends and not even to my family but who, despite all these bonds, has constantly experienced a feeling of strangeness and the need for solitude.”

“Be a loner. That gives you time to wonder, to search for the truth. Have holy curiosity. Make your life worth living.”

“Although I have a regular work schedule, I take time to go for long walks on the beach so that I can listen to what is going on inside my head. If my work isn’t going well, I lie down in the middle of a workday and gaze at the ceiling while I listen and visualize what goes on in my imagination.” 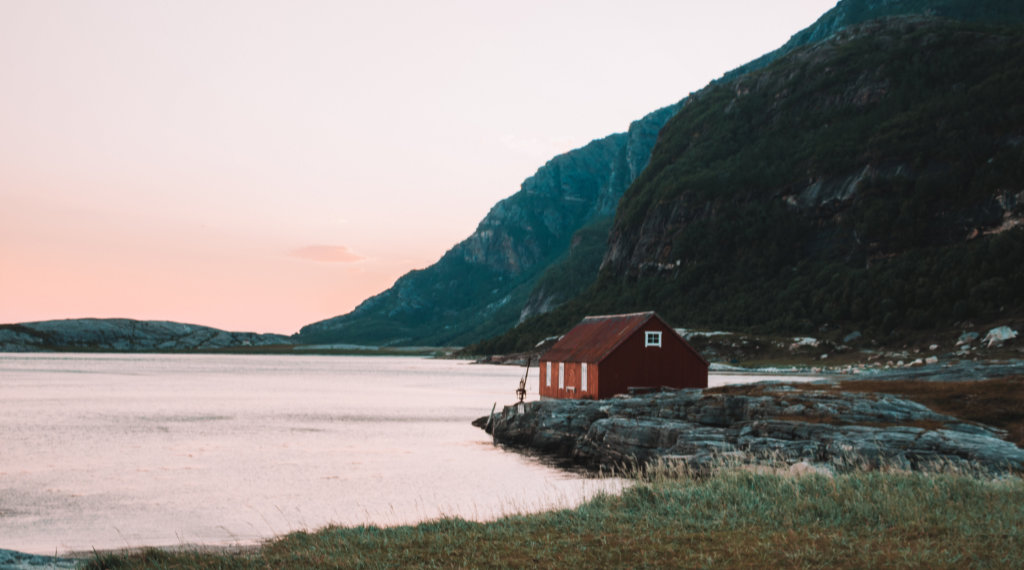 Sometimes we have to lock ourselves away and shut others out.

Get away. Find your desert island or Walden Pond.

Interruptions and outside influences are deadly.

Albert Szemt-Gyorgy, the Nobel Prize winner who discovered vitamin C, said: “Discovery consists of looking at the same thing as everyone else and thinking something different.”

Jonathan Franzen once wrote: “It’s doubtful that anyone with an internet connection at his workplace is writing good fiction.”

Fiction demands a turning inward, an exploration of your inner recesses. Sustained focus is imperative: a deep dive into the “unconscious” so as to better reassess your “own version of things”.

Bill Barich writes: “A good writer refuses to be socialized. He insists on his own version of thing, his own consciousness. And by doing so he draws the reader’s eye from its usual groove into a new way of seeing things.”

On the subject of writer’s block, Sir Philip Sidney wrote in one of his Astrophil and Stella sonnets:

“Biting my truant pen, beating myself for spite,
‘Fool,’ said my Muse to me, ‘look in thy heart, and write.’”

I’d finish with these questions

What do you remember of what you read last week?

How many books and blogs have you read and simply forgotten?

Thinking is our means of telling the brain that stuff is important.

We remember the stuff we dwell on: a criticism or a compliment someone made about us, for instance. A story that made us smile.

Reflection is the varnish on the reading. It seals the learning.

So, take a step back. Time to digest. Time to process.

If you’re feeling a little overwhelmed with your business’s writing requirements, get in touch.

A teacher-turned-copywriter with over twenty years’ experience, I coach clients who want to express themselves with greater confidence and flair on social media platforms such as LinkedIn.

Or, I write the stuff so they don't have to.